The Haze and the Blaze

A few summers back, we flew out to San Diego and spent a month driving slowly up the coast to Marin County. Just me, the wife and the kid.

I hadn’t spent a lot of time in southern California, especially along the coast. So I’d never heard of or experienced the phenomenon known as the marine layer, or June Gloom.

It starts in late spring and often lasts through July or even August these days.

Clouds form over the ocean, then sweep onto the coast forming a dense, cool fog that settles low to the ground. Hugging everything, it wraps the day in mist and shrouds the sun, leaving a grayish light to fight its way through.

Some days, it burns off later in the afternoon. Often it just lingers all day.

Here’s the thing about the marine layer. When you’re in it, especially as an East-coaster who has never heard of it, you just assume “hey, it’s a bit sucky outside. That’s the weather today.” Nothing to do about it, just bundle up and endure the gloom.

But, that’s not quite accurate. There is something you can do about it…

Turns out, the marine layer, dense as it is, is actually quite narrow. It hugs the coast so tightly that if you walk or drive just a few minutes inland, you often emerge into blazing sun and a fierce jump in temperature.

You realize, everywhere else, the weather is quite stunning. The fog wasn’t “the” weather, it was just the weather where you chose to stand. 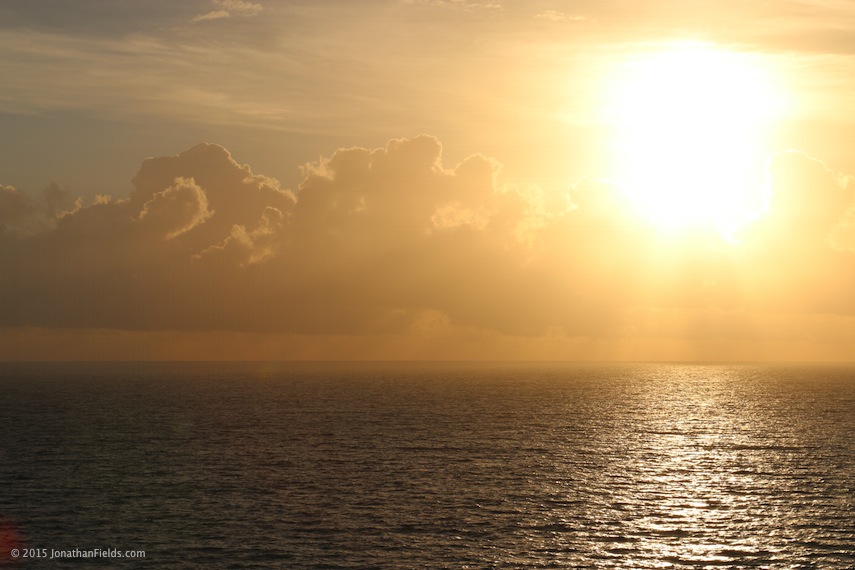 Thing is, you need to know this thing called a marine layer exists, before you can even think about how to get out from under it.

You need to know, the fog is not the world, it’s not even the state or the town or the neighborhood. It’s simply the spot you’ve chosen to stand at this moment. No longer just a matter of fate, but rather choice.

Kinda of similar to life.

So many of us live in a marine layer of our own creation. A haze of mediocrity, settling, disconnection and dysfunction. Not because we want to, but because we never knew there was the possibility of anything but.

We never knew the haze was not the world.

If you have no idea that a life of blazing sun, possibility, love, radiance, redemption, elevation, exaltation, meaning, joy, expressed potential, vitality and connection exists just outside the fog, you’ll do nothing to find a way out of the haze and into the blaze.

The quest becomes more challenging, too, when you realize, unlike California’s coastal sliver of a marine layer, a greater part of the entire world is blanketed with the haze of resignation, futility and complacency.

You may have to travel further, mine your reservoir for greater faith, work harder and longer to emerge into the warm glow. If you’re already close to the edge, it may not take much. But if you’re deeply embedded, it may well require the mounting of an odyssey.

In self-help-land, it’s not vogue to acknowledge the realities of the effort that may be needed to awaken into the sunshine of your life. Or the fact that it’s near impossible to get there alone.

I’d rather be honest than vogue.

And, now I’m off to find a sunny spot to write…

On a hazy winter day in Gotham.

GLP Immersion Update – Only a handful of spots left. If you’d like to spend the next 7-months with me, an intimate family of gifted mentors and conscious co-conspirators, working together to make amazing things happen in business and life, please do not wait to get your application in! We begin together on March 1st.