The Final 1%: Where Dreams Are Vanquished Or Vanished 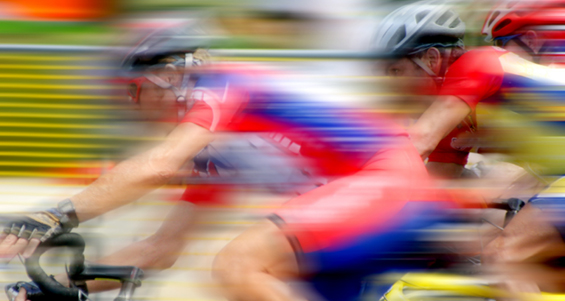 So, I was sweating, panting and grunting my way through an indoor cycling class the other day…

When, amidst the sea of exertion, our teacher, Christine Dercole, who’s pretty damn close to a walking, talking conduit of inspiration (and provider of great tribal beats), says to the class:

I want you to ask yourselves a question. When you hear me say there are only 5 seconds left in a climb, or a sprint, or a ride…do you let up and coast from 5 down to 0…or do you dig in and hammer home? Because, the difference isn’t just 5 seconds…it’s life immortal.

Well, actually, I may have added that last part, but she said something like it.

Point being, in nearly every element of life, the ability to push hard through the final 1% of an already limit-shredding experience doesn’t give you a 1% advantage…it delivers you into the realm of greatness, of transcendence. Of revelation.

The final 1% is where winners are born. Where magic unfolds…

Because you’re there, refusing to give up when everyone else is throwing in the towel and saying, “screw it, I’m done.” You’re rising up and taking full ownership of the outcome of your efforts. And, that’s something astonishingly rare in a time defined increasingly by the quest for “good enough.”

It’s just so much easier to relent, to coast, to say you don’t really care…to blame.

And, I’m not even talking about the physical manifestation of your efforts during the final push. Your body may or not rise to the challenge of your will. The weather may turn, your friends may fall away, circumstances may disappoint. Those are things you work to corral and empower, but truth is, they’re not always within your control.

What I’m talking about is what happens within that mass of matter, electricity and spirit between your ears, that thumping source of life that beats within your chest. Your ability to sustain them at concert pitch to the absolute end of the road, all to often, defines the difference between “life immortal” and a life of envy.

So, the question is…