Courting the Monster In Your Head (and Under Your Bed) 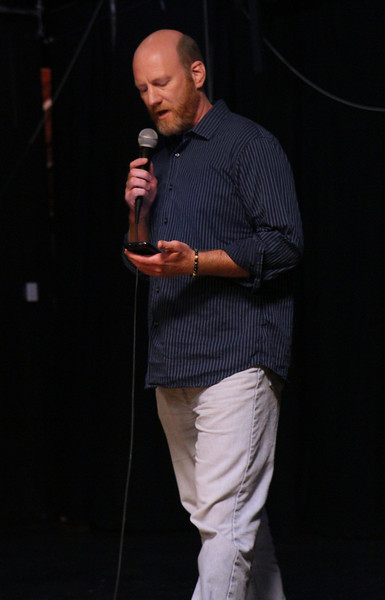 It’s nearly midnight on a cool Saturday in September.

Barry Solway rises from his seat and walks anxiously to the stage. Rising up the steps, he turns to face the visual embrace of 250 people from around the world. Hours before, we were strangers, now we don’t ever want to leave, or have this night end.

I wasn’t planning on this, he offers, but it feels right, so please forgive my nervousness and the fact that I’m about to read this from my cell phone.

He pulls the device from his pocket.

A hush falls across the room.

I first meet Barry some eight months prior. Among the mad flurry of applications for the 2014 Good Life Project Immersion program, Barry’s strikes me. I have to know more.

Based out of Boulder with a background in software engineering, he’s looking to launch his own consumer robotics company. He wants help and support and thinks the Immersion sounds like a great place to find it. I agree, he commits and we begin this exploration, together with a curated group of compassionate and wise vocation adventurers.

One thing about this crew, though, as always happens in the Immersion, they have an expert capacity to hold up mirrors. And something isn’t lining up quite right. A different aspiration is brewing, just below the surface that Barry isn’t quite giving life to yet. A deeper creative soul yearning to get out and become a fuller part of a story born not of devices or digits, but of words.

Barry, you see, is a writer. And a gorgeous one at that.

So, when he takes the stage at Camp GLP some eight months later in September, he’s not just stepping out before a packed house of artists, entrepreneurs, makers and world-shakers from around the globe, he’s stepping, in a very public way, into his life as a writer. And praying we’ll like what he has to offer.

A beautiful, rhyming story he’s written for his then 7 year old niece who, at the time, is having a bit of an issue with monsters. He begins, moving and reading nervously across the stage. Head down, he scrolls through words on the screen with his thumb, reciting along the way.

In any other setting, this scenario might not fly, but we’re all with him. Holding him, reveling in the collective glow that comes from being there to not just witness, but co-create the moment an artist takes his place in the world. We’re hanging on every word. As Barry wraps, 250 people rise to their feet to whoop and applaud. And plead for him to turn what he’s just read into a book. 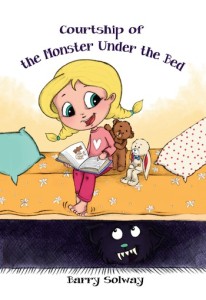 One of those is a fellow member of the Immersion, they hatch a plan. Bringing together a team in a stunningly short window of time, they turn scrolling words on a smartphone into a beautiful illustrated book entitled “Courtship of the Monster Under the Bed.”

That book is, by the way, available to download in kindle format for free for the next three days on amazon.

But because his journey has been a beautiful example of what can happen when you commit to a process of discovery and openness and vulnerability. When you allow all the assumptions about what you should be to fall away and step into what you are. When you’re willing to share your voice with the world, hold yourself out to be on the one hand, judged, but on the other, embraced and lifted.

This is never an easy process. Whether Barry’s love of writing will become his full-time occupation over time, I don’t have an answer. But, that’s not really the point.

That he’s stepped into a part of himself, that’s he’s taken action to breath life into the thing he can’t not do. And, in doing so, created a new avenue for the expression of purpose and soul and art. And a way to connect with people, to touch them, move them, inspire joy and ease. That he’s created a vehicle for the expansion of empathy and love.

As we settle into the final week of 2014 and start thinking about the year ahead, I guess the question I’d ask is this…

Will you befriend the monster under your bed?

Will you step into purpose and connection and expression, or leave them for dead?

Will your essence remain, for another year, hidden in a closet of dread?

Or, will you rise, like Barry, to let it out of your head.