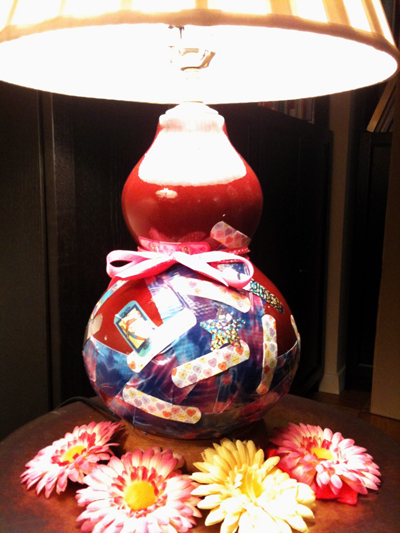 I was deep into my writing trance when, out in the distance I heard a noise.

It came from the living room, where my daughter and her friends were playing. But, I was in my bubble and there were other responsible grown-ups in the house, so I returned my focus to the words before me.

Thirty minutes later, a call from my wife.

Did you hear that bang?

It was the sound of an expensive lamp shattering on the floor after my daughter’s foot caught the edge of the table it sat on while spinning around in a chair.

My daughter was upset, I learned. And, though she had to leave for her gymnastics class shortly after, she was concerned about reckoning with me upon her return home.

How anyone could worry about reckoning with me is another story.

This would be the perfect time to teach her about responsibility. About the value of things. About the need to respect your stuff and owning your mistakes. About consequences.

But, then I remembered.

Trembling at the thought of coming home to face my sentence.

And, I came to believe this moment demanded a gentler lesson.

That stuff matters, but accidents happen.

That owning your outcomes matters, but that love and forgiveness also matter.

So, two hours later, that picture above.

It’s what she came home to.