I’m drinking a cup of Oolong Chardonnay tea from Vintage Tea Works (while anxiously awaiting a new package of Bourbon Chai) and I get an email from my friend, Danielle LaPorte.

You may’ve seen my recent conversation with Danielle over on Good Life Project®. The response was pretty stunning. All for Danielle, as always, I was just the middle-aged dude asking questions.

There’s this sense of radiance that follows her, no, check that, that precedes her in a room, that’s a bit intoxicating. You just want to be around her. I’ve been told by more than one person that they want to “be” her. 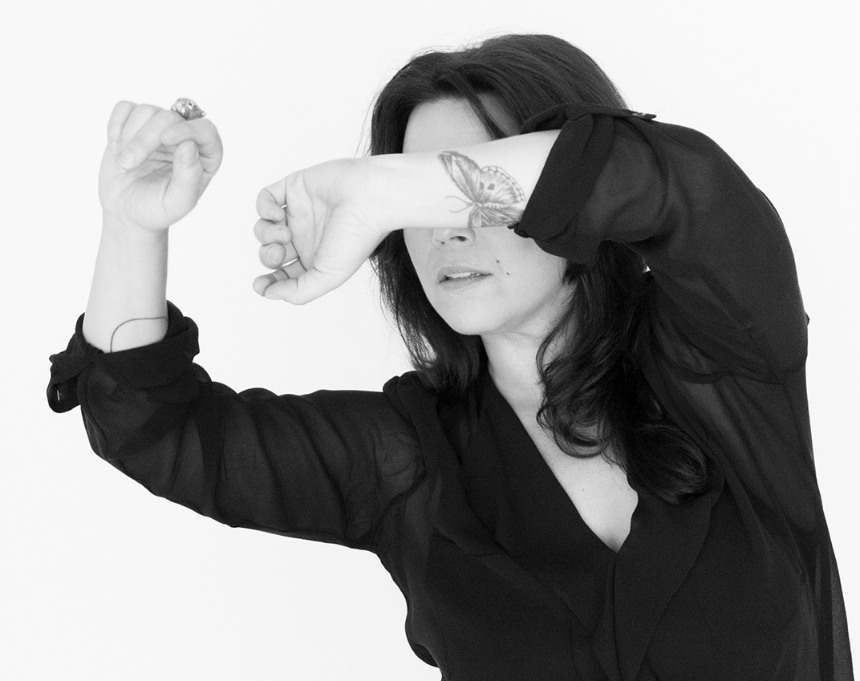 So, when D launches her new online home today, along with her massive The Desire Map “experience,” I boogie over to check it out. Immersive is one word. So many others come to mind. The concept of The Desire Map intrigues me. In part because I’ve been focusing a lot more on the core question it asks:

How do you want to feel?

What if you lead your life not by asking what your purpose is, or what you want to build or contribute to the world, but how you want to feel along the way? It’s an interesting prompt. And one that, in an odd synchronicity, I’ve been asking myself a lot lately.

Yes, there are others, but that’s become a significant barometer. I can’t break the term down or give it to you in a more science-y way. Nor do I really want to. It just is what it is. I don’t feel the need to explain to anyone else what I mean by it, because it’s not about anyone else. It’s a little bit like how the Supreme Court commented on pornography when asked to define it. You just know it when you see it. Or in this case, when you feel it. And you can sense it in others too.

That phrase—lit up—more or less drops from the sky last Friday night. I’m headed to an off-Broadway show at the New Victory Theater. The New Vic is an amazing place, btw. A tiny, ancient venue where “family-friendly” acts put on 1-hour jams.

Walking over, I’m spinning about what I’ve been working on lately and what’s on my calendar for 2014. I’m wondering how each of the pieces of the puzzle for each project make me feel. And I realize…

I serve myself and others best when I’m doing things that light me up.

Over the last four months, I’ve been building a new team that allows me the space to do more and more of that. Friggin’ amazing. But doing more of it also makes it more apparent and, in some ways, more painful when I’m NOT doing the things that make me feel lit up. Doing the things that dampen the flame hurt more.

It’s similar to what happens when you start eating clean. Then one night you go out with friends to a restaurant where there ain’t a clean thing on the menu, say “screw it” and just order the full-on death-ray mashup. When that was your day-to-day you didn’t feel it so much. But when you’re eating clean, it wreaks havoc on your system.

So, all of this is swirling around my head with some level of zen violence as we navigate the sea of humanity that is Times Square during the holidays. #StopLookingUPWhenYouWalkPEOPLE!!!

We are going to see a show called Feet Don’t Fail Me Now, an incredible menagerie of tap dancers, a crazy cool funk band that was anything but a backup act and a mind-blowing beat boxer named Aaron “Heatbox” Heaton.

Here’s a recent video of Aaron doing his thing, btw:

What I notice about the entire crew, from the second the first person in the crew hits the stage is…

They are lit up!

Each person is just straight-up alive. Lit up. You want to be around them. You want to do whatever it is they do to make them feel that way. You want to BE them.

One person is dialing it in. Funny thing is, in any other context, you’d probably look at that one person and say, “yeah, wow, really talented, great job.” But on stage, surrounded by so many others who are on fire, the contrast is striking. It’s not a skill thing, it’s an energy thing. I’m not passing judgment, sometimes people just have bad days. I had one once. #OkayMaybeTwice. But the difference is paplable.

Which brings me back to Danielle. And her concept of building your actions around the way you want to feel. I’m fascinated by the concept. But something else comes noodling into my noggin.

Pleasure for the sake of pleasure. I’ve studied a fair bit of positive psychology over the last five years and there’s a strong distinction in the literature between pleasure and happiness.

Pleasure, it’s said is that short term emotional and often chemical hit that makes us “feel” a certain way in a certain moment. That’s not a bad thing, say the researchers, but it doesn’t get you to long-term happy. Because you habituate to the hits and you need more and more and more experiences to keep creating the same feeling. There’s a word for it, even—the “hedonic treadmill.” Hedonism meets science, addiction and adaptation.

But, still, I wonder if that’s really true. Or if it’s more morality seeping into psychology.

Sure, we habituate to things that induce pleasure, and if those things also come with a destructive or disempowering edge, like drugs and alcohol, that can be a bad thing. But, what if they don’t?

And, what about the fact that we also habituate to pretty much everything over time…including people?

So, is it always a bad thing to build your actions around the people, activities and things that make you feel the way you want to feel, now? Can that feeling be sustained indefinitely by doing more and more of those things? Can that, in fact, deliver a sustained positive outcome for you and those around you without negative impact? And if so, what’s the difference between that and happiness?

If making music or art or connecting with people I adore gives me that instant hedonic dopamine hit that makes me feel lit up and makes me want to do more and more, is that not okay? Is that not happiness? Can it not lead to meaning?

I’m fortunate to have access to some of the great minds in positive psychology, so I’ll be exploring this with them.

But one other thing intrigued me about Danielle’s new Desire Map experience. In the trailer for it, she says:

The journey has to feel the way you want the destination to feel.

My knee-jerk reaction is to reject this.

Again, I default to science. I pull out the research on flow and greatness. We are, according to famed cognitive sicentist, Mihaly Csikszentmihalyi goal-striving machines. We are happiest when we are striving toward something. Mastery. The research from K. Anders Ericsson builds on this, sharing to become world-class great at anything requires a minimum of 10,000 hours of “deliberate practice.”

Now here’s the thing about deliberate practice. It’s not fun. And if it is, it’s likely you’re not doing it right. This is the painstakingly fierce repetition, honing, refining, technical practice that even those who love what they do find brutally hard. They love to feel the way they feel when they’re the best in the world. But the deliberate practice it takes to get there, no, that doesn’t feel the same.

So, I’m fighting against Danielle’s statement. But then, I realize, we’re not actually arguing.

Good. Connected. Embraced. Engaged. Loved. Lit up. Whatever YOUR desired basket of feelings includes. At every step along the way. Even if you never become “technically” great or reach what others might call mastery.

Again, my head is spinning.

What if I just build my actions around my ability to feel lit up, connected, engaged, grateful, loved, vital as often as possible? What if that’s one of the core pieces I align my actions with? What might that look like? What would I do more of? What would I hand off to others to do? How would it affect the way I experience my life? And how would that affect the way others experience me and, in turn, themselves?

I already know much of the answer, because it’s been what I’ve been working on doing more and more. Sometimes reality seeps in. Sometimes I still need to do the things I hate doing. The things that don’t let me feel the way I want to feel. I don’t entirely buy the fact that if the ride doesn’t feel the way you want to feel at every step along the journey, there’s something wrong.

Especially as a maker, a creator, an entrepreneur. There are times you need to do what you’re least called to do until your endeavor is far enough along to generate the cash, resources, story, energy needed to pay people to do the things that light them up, but empty you out.

I’m increasingly aware of the fact that my wall of suck is someone else’s chariot of fire.

Part of my job, then, as a creator and a leader in the quest for happiness, meaning and joy, is to find the team that fits the puzzle pieces together in a way that allows all tasks to be done, while all players get to play.

Curious, what do YOU think?

36 responses to “Desire: Hedonism Or Happiness?”